In this piece for Elephant Journal, one man tells his story of being locked up and forcibly drugged in the psych ward, and how he healed from extreme states naturally through nutrition, yoga, meditation, and spirituality.

“I got the sense that many of the doctors and nurses did not see me as a human being. I was labeled as just another patient with bipolar disorder experiencing a state of mania.

I made friends with my fellow lunatics. Stephen was a top chef at a flashy Miami restaurant for many years. One day, he lost his job and soon after that his wife left him. He was heartbroken from the divorce and stressed about his financial situation.

Magdalia had struggled her whole life, being bullied as a young girl. She was always getting into fights and her parents told her she was worthless. She was dealing with so much anxiety and emotional baggage that she developed a condition where she was pulling out her own hair.

The doctors were giving them pills. I’m not convinced it was helping though. As I see it, we were all people who did not have the emotional intelligence to deal with the feelings we were processing. We were experiencing the natural ups and downs of being human. I think we needed to feel our emotions, not numb ourselves to them.” 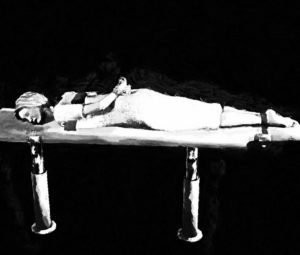