From STAT: A recent analysis found that a large portion of depression treatment guidelines was developed by individuals with financial ties to the pharmaceutical industry.

“Of 172 people who participated in 14 guidelines committees, 18 percent had ties to drug makers that sell antidepressants, and some had connections to more than one company. Five guidelines, meanwhile, recommended antidepressants as a first-line treatment for mild depression, and four of those — or 80 percent — had panelists with some type of financial connection, according to the analysis in Psychotherapy and Psychosomatics.

Meanwhile, none of the organizations that recommended antidepressants had a methodologist or research analyst involved. But seven of nine — or 78 percent — of those that did not recommend antidepressants did include such experts, who should be used to bring inter-disciplinary scrutiny to the guideline process, according to recommendations issued several years ago by the National Academy of Medicine, a non-profit that provides advice on health issues.

The problem is not confined to the United States. The latest analysis noted that nine of the 14 guidelines examined were issued by medical societies or government agencies from other countries — the United Kingdom, Germany, Singapore, Brazil, Canada, Finland,  and Spain. And six of those organizations had panels that met NAS criteria for conflicts.” 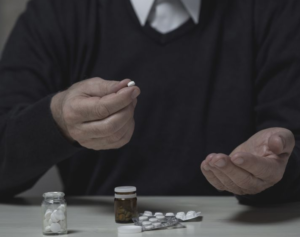