From the Los Angeles Review of Books: In recent years, liberalism has begun to serve the function of the superego. Like the superego, liberals have taken on the role of maintaining the status quo and social order, attempting to suppress both the far left and the far right.

“If liberalism has ceased to function as a political faction so much as a censorious regency for capital, then there is little difference, in its view, between left and right — both are id-ish impulses that must be suppressed. The language of irresponsibility and childishness is not just a messaging contrivance but an explicit statement of core values: the trouble with all of these radical politics is that they want to pull society up by the root — and the root, as any adult knows, must be kept firmly in place. The fact that the right receives a larger share of liberalism’s disdain is not a reflection of a larger distaste but simply of the fact that the right happens to be winning. That it might be winning because managerial liberalism has hamstrung progressive impulses is an unthinkable idea, dutifully suppressed.” 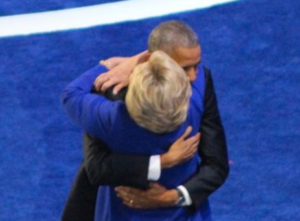