“Once upon a time, narcotics were limited to post-surgery, post-accident and cancer pain because they are addictive. But cagey Pharma marketers, assuming that both younger doctors and patients had forgotten why narcotics were so heavily restricted, spun the lie that the narcotics were not addictive per se—that addiction boiled down to the individual person. Right. They began marketing narcotics for everyday pain and the result is the opioid and heroin crisis we have now.

When Big Tobacco was busted for a similar scheme—lying to consumers that its products were neither addictive or deadly—it was forced to pay $206 billion in the 1998 Tobacco Master Settlement Agreement. Provisions include paying states, in perpetuity, for some of the medical costs of people with smoking-related illnesses. Why are taxpayers paying for the similar, Pharma-caused scourge?” 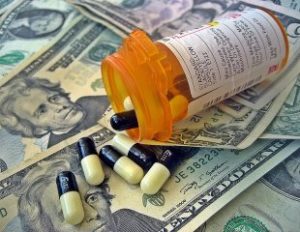