From Forbes: Dr. Brenda Fitzgerald, who was recently appointed as director of the U.S. Centers for Disease Control and Prevention, has a history of marketing anti-aging medicine, which includes controversial and scientifically unproven treatments such as bio-identical hormones and intravenous nutritional therapy.

“‘I’m so disappointed that the first female OB/GYN picked to head the CDC is someone who embraces the unproven and anti-scientific claims of the so-called anti-aging movement,’ Cindy Pearson, executive director of the National Women’s Health Network, a nonprofit in Washington, D.C., told me.

‘The public needs someone who supports public health recommendations that are based on science,’ Pearson said, ‘not someone who tries to scare her patients by talking about the hormone-depleted state of menopause and recommending unproven and potentially dangerous bio-identical hormones.'” 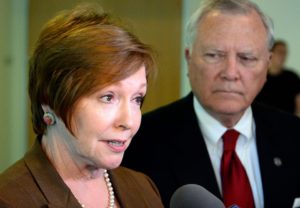