A new study, just published in Psychiatric Services, examined user experiences of discontinuing psychiatric medications. The researchers found that although it is possible to withdraw from psychiatric drugs, mental health professionals were not very helpful during that process. The research team was led by Laysha Ostrow, PhD, CEO of Live & Learn, Inc. She writes:

“Despite numerous obstacles and severe withdrawal effects, long-term users of psychiatric drugs can stop taking them if they choose. Individuals who discontinue report that self-care and social support help, but mental health professionals could be more helpful.”

Clinical practice guidelines recommend that psychopharmaceutical treatments for most mental health concerns should be prescribed for a short-term effect, then discontinued. However, patients prescribed these medications often have difficulty discontinuing them due to severe withdrawal symptoms.

This current study was known as the Psychiatric Medication Discontinuation/Reduction study (PMDR), and according to Ostrow, “It is the first U.S. survey of a large sample of longer-term users who chose to discontinue psychiatric medications.”

“About one-third (36%) chose to discontinue over a period of more than six months, another third (31%) did so in one to six months, and a third (33%) in less than one month, with half of this group (16% of the sample) choosing to do so ‘cold turkey’”

More than half (54%) of the participants in the study were able to successfully discontinue their psychiatric medications, and the researchers found that people were generally happy with this decision.

According to Ostrow, “Of those who completely discontinued, 82% were satisfied or very satisfied with their decision to discontinue.”

Participants listed many reasons for wishing to stop using their medications. Among the top reasons were

29% said the drug was simply not effective, and 23% said their medication had stopped working.

The reasons given in this study are consistent with previous literature. People diagnosed with mental illness have their life expectancy cut short by an average of 25 years, at least some of which is attributable to the adverse effects of long-term medication usage—such as metabolic problems and organ damage. Even short-term use is often accompanied by severe adverse effects.

For example, a recent study examining user experience of antidepressant use found that over 85% of participants experienced side effects. Quotes from participants included feeling “disconnected and lifeless” and, commonly, lack of sexual desire and anorgasmia, which intensely affected participant’s romantic relationships. Research also shows that sexual side effects may persist long after antidepressant use is discontinued.

Additionally, people often want to discontinue medication use because the drugs are not having the expected impact on symptoms. The efficacy of antidepressants, for example, has been consistently questioned. Meta-analyses have found that the benefit of antidepressant medications “may be minimal or nonexistent, on average, in patients with mild or moderate symptoms.”

Ostrow writes that “The experience of discontinuation was often physically and emotionally grueling.” More than half (54%) of the participants rated their withdrawal symptoms as “severe.”

The most common withdrawal symptoms in this study were changes in sleep (80%), increased anxiety (76%), difﬁculty with emotions (73%), and sadness or tearfulness (70%).

Less than half (45%) of the participants considered their mental health provider helpful in the withdrawal process—although almost all (73%) were receiving professional mental health services.

Participants stated that instead, what they found helpful was support from friends and family, and personal self-care practices. 42% of participants reported that friends who had also discontinued medications were supportive, while 41% reported that internet support groups were helpful. 39% reported that family support was helpful.

The self-care strategies, as rated by participants, were

WHY ARE MENTAL HEALTH PROFESSIONALS UNHELPFUL?

In another study, almost half of respondents stated that their doctors did not communicate the duration of time they were expected to be taking the medication. More than half were not informed about potential withdrawal effects.

According to the authors of the current study,

“Discontinuing psychiatric medication appears to be a complicated and difficult process, although most respondents reported satisfaction with their decision. Future research should guide health care systems and providers to better support patient choice and self-determination regarding the use and discontinuation of psychiatric medication.”

That is, there is a clear need for mental health professionals to listen to the experiences of the users of these medications. Treatment providers must be better equipped to guide and support users through the experiences of discontinuation. 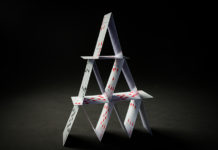 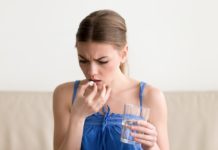 How Antidepressants Shape Young Women’s Sense of Self