From My Science Academy: In a recent study, up to 81 drugs and personal care products were detected in the flesh of salmon caught in Puget Sound. Some of the drugs and contaminates found include Paxil, Valium, Zoloft, Prozac, OxyContin and cocaine.

“Intriguingly, the researchers are not concerned about the effect the cocktail of drugs will have on the humans who eat the fish, but they are concerned about how the chemicals are affecting wildlife. Reportedly, Meador’s other recent work has shown that juvenile chinook salmon migrate through contaminated estuaries in Puget Sound and die at twice the rate of fish elsewhere.

That seems like cause for concern.Unfortunately, it not likely the contamination will let up. According to one study, 97,000 pounds of drugs and chemicals could be entering the Puget Sound each year.” 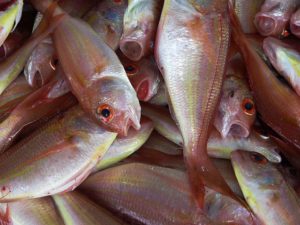