From South China Morning Post: A middle-aged Chinese man diagnosed with mild schizophrenia has won a four-year, high-profile legal battle to be released from a psychiatric institution 15 years after being committed by his father. Under China’s mental health law, which came into effect in 2013, people diagnosed mentally ill who do not present a danger to themselves or the community cannot be confined or medically examined without their consent.

“Xu Wei became the first patient to try to secure his release under the new law when he sued his brother and the hospital for ‘violating his personal freedoms’, but those attempts failed.

The hospital finally agreed to discharge him after a unit under the Ministry of Justice certified last month that he was well enough to have ‘full civil capacity’, China Youth Daily reported.” 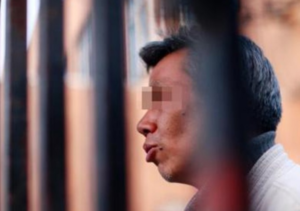