From Aeon: We tend to believe that giving people more choices is inherently positive. However, forcing people to choose between two morally wrong options can be exceptionally traumatic.

“Sometimes, it’s pure bad luck that puts someone in the position of having to choose between wrongdoings. However, much of the time, choice doesn’t take place in contexts that are shaped entirely accidentally. It takes place in social contexts. Social structures, policies, or institutions can produce outcomes that favour some groups of people over others in part by shaping what kinds of choices people get to – or have to – face. Members of some social groups might face mostly bad choices, in the sense that their choices are between alternatives, all of which are disadvantageous to them. But there’s another sense in which the choices might be bad: these might be choices between alternatives, all of which make them fail in their responsibilities to others.

The American Health Care Act, which was considered in the United States House and Senate, would have created moral dilemmas by offering people without high incomes – especially if they were also women, or old or sick – a range of bad options. It would have forced some parents to make choices between two equally unthinkable options, such as the ‘choice’ to sacrifice one child’s health care for another’s. This sort of forced choice would be similar in kind to the choice that the SS officer in Sophie’s Choice (1982) offered, when he told Sophie: ‘You may keep one of your children.’ The distinctive type of cruelty – making moral failure inevitable for someone – is the same.” 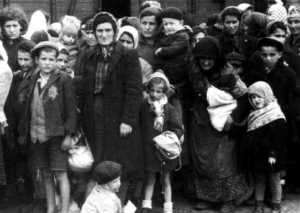 Can Critiques of Psychiatry Help us Imagine a Post-Capitalist Future? An...

Updates to Current Understandings of Psychosis and Schizophrenia