In this interview for Science of Us, science writer Julie Rehmeyer tells of her struggles with chronic fatigue syndrome, including how the medical system failed her and how she found healing through her own attempts to identify probable causes and triggers of the illness. After eventually discovering that her symptoms were triggered by mold, she made enormous strides in her recovery by learning to “sense” mold nearby and avoiding places heavy in mold.

“I think that scientific training and perspective turned out to be valuable and even essential in other ways. One thing is that this was actually part of what made me able to set aside my doubts to pursue these totally unscientifically validated approaches. Because I felt like, I’ve got this scientific grounding. I’m not going to lose that. I can stretch further because I know I’m rooted here. I’m not gonna topple over if I make this really big stretch.

And then, it was also really helpful in evaluating my experiences. For example, I started having really clear reactions to mold and I’d gotten dramatically better by avoiding it, but I still had this niggling worry in the back of my mind that perhaps I had made up a story to explain this whole experience that was just wrong. It was the same kind of skepticism that I felt hearing these stories from the Moldies in the first place. ‘Yeah, okay, it’s a nice story, but what if it’s just wrong?’ And so, I actually performed my own placebo control, double-blinded trial of my ability to detect mold by using two, identical packages of washcloths. I had a friend who flipped a coin and chose either a contaminated or an uncontaminated washcloth, and he handed it to [my husband] John who did not know — that was the double-blinding part. Neither John nor I knew whether it was a contaminated or uncontaminated wash cloth. And he brought it to me, and I held it to my nose and waited to see if it could cripple me. I had correctly identified 10 out of 12 washcloths correctly. Had I been purely guessing, I would have only had a 2 percent chance of guess that amount correctly, guessing.

That was a really nice confirmation of my explanation for my experience that left me feeling on firmer scientific ground.” 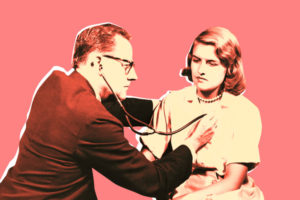