From Massive: The public generally conceptualizes alcoholism as a biological brain disease and rejects the notion that social and cultural factors may contribute to addiction. However, new research shows that family and social support can greatly reduce an individual’s risk for alcoholism.

“In some ways, thinking about alcoholism as a purely biological disease was a fantastic and desperately needed change, because it helped ease the image of dysfunction typically associated with alcohol use. But I believe the move to apply modern disease theory to studying an illness like Alcohol Use Disorder was problematic, too: it largely removed the social and cultural components of understanding the illness.

By changing the narrative to ‘it’s just genetics,’ or, ‘it’s a brain disease you can’t control,’ I’d argue we stunted important sociological research on Alcohol Use Disorder by silently writing off possible social and cultural attributions to the disease. Even though those lenses can be problematic, I don’t think erasing them entirely is helping: researchers have shown that this ‘disease like any other’ language in the light of modern medical advances does absolutely nothing for erasing the stigma associated with alcoholism and mental illness in general.” 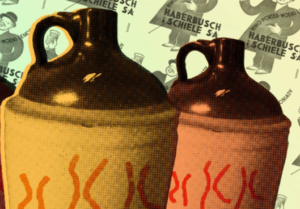 Verne Troyer’s Passing: What’s Prejudice Got to Do With It?