Actor Verne Troyer sadly passed away on April 21. He suffered for many years with alcohol abuse, relationship troubles, and suicidality. A statement posted to his social media accounts states “Depression and suicide are very serious issues,” followed by an appeal to be kind to one another and consider the pain others may be in. This heartfelt plea is sorely needed, though this statement runs the risk of morphing into the tired, empty narrative that too often follows such losses.

Again and again after an incident like this occurs, the media bombard the public with calls to bring about greater awareness of “mental illness” and the importance of “treatment” that is generally described in a narrow way. There is little discussion about why the person may have been suffering in the first place. Everyone immediately jumps to trying to understand what was wrong with him, while few step back and wonder what happened to him.

While Troyer never spoke publicly about his experiences or why he was so unhappy, what is known is that he was, well, different. He was a dwarf in a world that objectifies and taunts many of his similarly sized peers. Troyer also worked in a town that has quite famously promoted degrading and offensive portrayals of little people.

His passing can be an opportunity to bring attention to prejudice and abuse that lead so many to abuse substances, feel suicidal, and become overwhelmingly depressed. Being different in a world that values homogenization over almost anything else is torturous for most. There are long-term and sometimes lifelong consequences of being bullied, marginalized, oppressed, and abused.

Being small in a big world is depressing

To get an idea of what being a dwarf is like in a cruel and oppressive world, read this blog by Rebecca Cokley, someone with firsthand experience. She discusses the high rates of suicide and depression among her community and how daily life for so many is filled with humiliation, isolation, hopelessness, and fear. Cokley describes how even the most mundane moments of daily living turn into yet another circumstance of being objectified, marginalized, and dehumanized.

A quick investigation through several academic search engines resulted in the glaring conclusion that this issue is not of much concern among psychologists, sociologists, or anyone else who should be interested. This is not too surprising since researchers tend to study what matters to them personally (or, worse, what is profitable).

What little has been found is that people with certain types of dwarfism tend to have heart disease-related deaths at 10 times the rate of the general population. This could be interpreted many ways, but lifestyle is the most direct causal factor in the formation of heart disease and stress is a large part of it. There was also a study showing that short men, generally, have a twofold higher risk of suicide than taller men — and “short” in this study was under 5 foot 9 inches. Imagine what it’s like being THREE FEET shorter than that.

Most people are familiar with dwarves, not because they know someone personally or have actually engaged with such a person, but rather because they have seen them in a circus or being humiliated on television. Cinematic presentations of dwarves are commonly known to be exploitative and vicious. An article in The Hollywood Reporter details just how vile things are. As a literal illustration, a picture is included that features Troyer and other dwarves in Hollywood, reminding people that “We are all human beings.”

Actor Peter Dinklage, an exception who has found success in Hollywood without exploitation, stated in an interview with the New York Times in 2012 that “Dwarves are still the butt of jokes. It’s one of the last bastions of acceptable prejudice.” His remarks came after Martin Henderson, in England, died after being thrown like an object by a drunken Rugby fan as a “prank.”

Troyer was also a rare exception in that he found some quality roles, such as in Austin Powers and Harry Potter, yet he did not escape the path that begets many of his peers. The latter half of his career was spent on reality television shows that provided fodder for the voyeur wishing to laugh and scoff at the little person in pain.

Yes, he subjected himself to the viewing wittingly, as most do. Finding humor in what one cannot change is a wonderful tool to help a person survive such cruelty.

This does not mean that it doesn’t hurt.

Bullying, along with other forms of oppression, trauma, and abuse, is ubiquitous across mental illness diagnoses. In fact, bullying from peers can have even more severe consequences than parental verbal abuse. Those who have been bullied and are also bullies fare the worst.

In general, victims of bullying commonly have long-lasting problems with anxiety, depression, and physical ailments linked to stress. Having been bullied is highly associated with increased risk of suicide, with verbal bullying being most closely tied with an actual attempt.

The relationship of bullying to anxiety and depression is also dose-responsive — meaning, the more one is bullied, the greater the risk. And the most common way that bullying victims tend to cope with their experiences and sadness is through the use of alcohol and drugs.

In addition to the commonly discussed link between bullying and anxiety/depression, a strong link also exists with psychosis, namely paranoia and intense distrust of others. This relationship exists especially for those who are particularly sensitive to interpersonal interactions and relationships. In other words, those most profoundly impacted by bullying and cruelty tend to be those who are also the most sensitive and kind.

Is it any wonder that people who are chronically made fun of, marginalized, rejected and humiliated tend to also be sad, anxious, distrustful of others, and turning to substances and suicide as the only way out?

Many spend their whole lives trying to prove themselves to the phantoms of their past — obsessing with finding the ever-elusive “success,” holding out for the hottest guy/gal, trying to be perfect lest any mistake prove the bullies right, and never, ever being able to be content with what one has. What happens when one realizes that despite all these efforts the bully might have won?

Verne Troyer’s death at such a young age is a tragedy. Only those closest to him know what he experienced in his life and why he suffered as he did. But his passing need not fuel the tired storyline of brain diseases and nefarious illnesses. Rather, perhaps it can provide a mirror to the trauma occurring every day for those who are deemed different.

Yes, people can benefit from empathic professional treatment that actually considers the context within which one’s suffering developed. But that should not preclude us all from examining how we can do better. People are suffering because society thinks it’s funny to humiliate and torture them. This must end, and will only do so once we start looking at the greater reality and start really acknowledging and caring about what is happening to people — not what’s wrong with them. 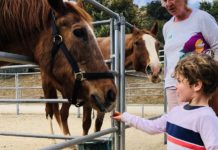 Now I See a Person: A New Model for Breaking Free of Mental Health Labels 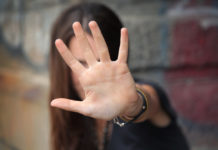 Letters to My Doctors (Part 3) 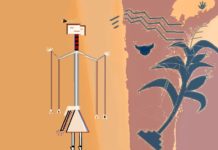 Letters to My Doctors (Part 2)