From Dissent Magazine: In her recently published book 23/7: Pelican Bay Prison and the Rise of Long-Term Solitary Confinement, scholar and advocate Keramet Reiter discusses the political, institutional, and legal dynamics that led to the emergence of supermax prisons and long-term solitary confinement in the 1990’s.

“In settings like Pelican Bay, even the most resilient people tend to develop psychiatric symptoms: anxiety, paranoia, obsessive-compulsive rituals. Suicides are far more common in isolation units than in standard prison settings. In the 1890 U.S. Supreme Court case In re Medley, the majority reviewed the reasons why American prisons had abandoned solitary confinement half a century earlier: ‘A considerable number of the prisoners fell, after even a short confinement, into a semi-fatuous condition . . . and others became violently insane.’ But those lessons were eventually forgotten.” 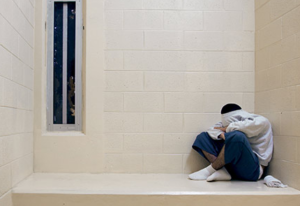