From Ravishly: The American Psychological Association has released a draft of their “Clinical Practice Guideline for the Behavioral Treatment of Obesity and Overweight in Children and Adolescents.” These guidelines promote fat-shaming and sizeism directed at young people and could potentially lead to disordered eating and trauma.

“…these guidelines don’t appear to have anything to do with helping people who need psychological treatment. It seems to me that somebody finally told the APA how much money the fat phobia industry makes for those who claim (however dubiously) that they can make fat people thin and, despite what we’ll soon find is an astounding lack of evidence, the APA and its members want their piece of that anti-‘obesity’ money pie.

They acknowledge that there is tremendous stigma directed toward kids with larger bodies, but they are using that to back up their assertion that fat kids should get treatment to become thin. So the APA is basically suggesting that fat kids acquiesce to their bullies. As a queer woman, I see this logic and wonder if they are suggesting that queer kids who get bullied have reparative therapy to try to become straight (which, like weight loss attempts, is highly unlikely to work and can do physical and mental harm).” 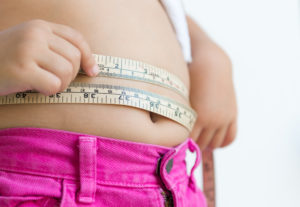