From Scientific American: The FDA has announced its approval of Kymriah, the first gene therapy in the U.S. However, gene therapy remains far from fulfilling its early promises, as it is still extremely costly and potentially dangerous.

“As I have noted in previous posts, the hype provoked by genetic research has always outrun the reality. Gene-therapy proponents have long predicted that it will eliminate diseases such as cystic fibrosis and early-onset breast cancer, which are traceable to a defective gene, as well as disorders with more complex genetic causes. Enthusiasts also envisioned genetically engineered ‘designer babies’ who would grow up to be smarter than Nobel laureates and more athletic than Olympians.

Gene therapy turned out to be extremely difficult, because it can trigger unpredictable, fatal responses from the body’s immune system. The National Institutes of Health warns that gene therapy ‘can have very serious health risks, such as toxicity, inflammation, and cancer.’

Kymriah is a case in point. The FDA press release warns that Kymriah can cause ‘life-threatening’ immune reactions and ‘neurological events,’ as well as ‘serious infections, low blood pressure (hypotension), acute kidney injury, fever, and decreased oxygen (hypoxia).’ According to The New York Times, the FDA ‘is requiring that hospitals and doctors be specially trained and certified to administer [Kymriah], and that they stock a certain drug needed to quell severe reactions.'” 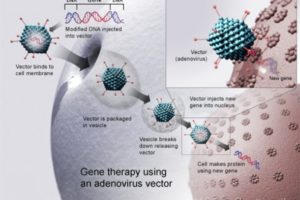 The Schizophrenia Genetics Illusion—A Century of Failure and Hype