From The New York Times: In recent years, politicians have shown increased awareness of the opioid epidemic and have made statements about the need for treatment, rather than incarceration, for those suffering from opioid addiction. However, these statements seem only to pertain to white people; people of color continue to experience disproportionate convictions and incarceration rates for heroin use.

“The reimposition by Attorney General Jeff Sessions of more mandatory minimum prison sentences for drug offenses will result in more black and brown people locked away. This is not just anachronistic, mean and racist but also helps to obscure the actual black experience of opioid use: While the death rate among whites from overdose has risen most steeply in recent years, by 267 percent from 2010 to 2014, the mortality rate for black users has risen by a comparable 213 percent over the same period. Yet the face of the sympathetic, suffering opioid addict who deserves help and treatment is not black. Not in Mr. Sessions’s world, nor in Mr. Trump’s.” 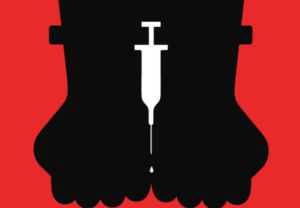