From The Right Care Alliance: Documentary filmmaker and benzodiazepine survivor Holly Hardman is currently working on a film called As Prescribed, which will document the stories of people dealing with the adverse effects and withdrawal effects of benzodiazepines.

“Holly Hardman, documentary filmmaker and Massachusetts resident, was one of these patients. Her doctor prescribed her Klonopin for chronic fatigue syndrome and assured her that the drug was perfectly safe to take long-term. But as her tolerance grew, she experienced strange side effects including gastrointestinal issues, panic attacks while driving, and a foggy, ‘drugged’ feeling. However, her doctor never connected her symptoms to the drug, which is a common oversight. It was only when Hardman started researching online that she linked her side effects to Klonopin, and created a tapering plan.

It took Hardman almost two years to taper off the drug completely, during which time she experienced even more disturbing side effects such as akathasia, the feeling that you are about to jump out of your skin, and aphasia, the inability to form words and sentences. Even though the withdrawal process was ‘hellish,’ Hardman knows others who had much worse experiences, and many who did not survive coming off of benzos.

It was after this experience, and hearing the experiences of others, that Hardman knew she had to do something. So she took action in the best way she knew how – by making a documentary film.” 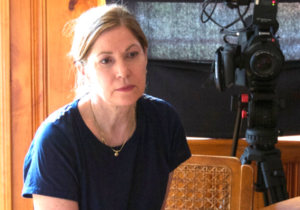