From Bulletin of the Atomic Scientists: Since 1950, a noteworthy number of American and European horror movies have used radiation as a plot device. The range of radiation-themed horror movies throughout the past few decades reflects shifting cultural attitudes and political climates.

“…In November 1945, Assistant Secretary of War John McCloy reported the ‘locust-like effects’ of the Red Army, a threat that manifested quite literally in Beginning of the End. As Peter Biskind notes in his 1983 book Seeing is Believing, the incredible mutations of the early Cold War movies most obviously represented communism: primitive aggressive hordes or emotionless repressive automatons depending on your political philosophy. Either way, in little more than an hour the monster was destroyed and normality restored; a victory for ‘us’ over ‘them.’

With Romero and Roman Polanski’s infamous final Satan’s-child scene in Rosemary’s Baby setting the stage in 1968, modern era horror embraced the post-Vietnam/Watergate aesthetic, as the locus of the horror shifted from them to us. While plots are still largely driven by experiments gone awry, authorities are the conspirators, innocent people become the monsters, and nuclear power is just as dangerous as nuclear weapons—a conviction confirmed for some by the Three Mile Island accident in 1979. Creature features survive, but they are an increasingly small minority, and in a subtle but important change, the monsters are engineered rather than created by accident.” 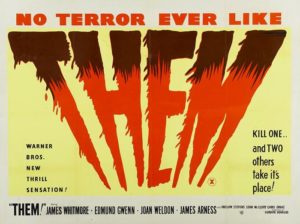 The Mystic of Ireland: An Homage to Ivor Browne