From The Independent: Policies that privilege neoliberal values are having a devastating effect on people with complex mental health needs. In the UK, people with severe mental health challenges are being punished for not working and remaining dependent on the government.

“Those who are not willing or able to pursue the fantasy that everything is possible for anyone are tucked out of sight, as if they were an embarrassment somehow, or left to fend for themselves. Those with the most complex problems often end up for years on end in private mental health hospitals, abandoned and overmedicated to silence their howls of despair. In the NHS, people with even the most complex needs are told they can recover.

The recovery movement was intended to give people hope they can lead fulfilling lives. But it has been co-opted by the neoliberal agenda to support certain practices that foreclose the reality of long-term impairment and structural disadvantage. For example, community mental health teams are under huge pressure to discharge people to recovery colleges, and then their GPs, with a graduation certificate to sustain society’s fantasy that they have been provided with the means to survive.” 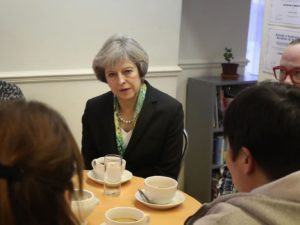