From The Atlantic: Neuroimaging studies have traditionally scanned the brains of unrepresentative samples, focusing on Western, educated, industrialized, rich, and democratic populations. Although the results of such studies are often skewed, they are taken to represent humanity at large.

“‘Neuroimaging research is also complex and difficult to conduct, and because of this, I think there is a tendency to focus on its technological aspects,’ says Duke Han, from the University of Southern California. That’s symptomatic of a problem in neuroscience that I’ve written about before: an inclination to focus on the technological innovations that allow us to study the brain, and to forget about the people whose brains are being studied.

Perhaps the brain itself invites this lapse. We intuitively understand that our thoughts and behavior vary considerably from person to person. But when it comes to the lump of gray tissue behind those behaviors, it’s easy to forget that variation. ‘To a degree, I think there’s a sense that a brain is a brain is a brain,’ says LeWinn. ‘That’s problematic. Everyone’s brain is shaped by their experiences, and we want to capture the diversity of people’s experiences rather than just a few kinds.'” 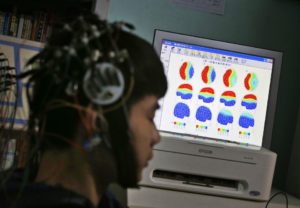