From Times Union: Joseph L. White, a psychologist, social activist, and teacher who helped pioneer the field of black psychology, has died at age 84.

“In the midst of the civil rights and black power era of the 1960s, White campaigned for what is now known as cross-cultural psychology that took into account the perspectives and needs of ethnic minorities. In 1968, White — then dean of undergraduate studies at San Francisco State — and other black psychologists formed the Association of Black Psychologists.

They were angry at the way mainstream psychology took what they considered a white Western worldview that ignored or misunderstood black culture and lifestyles. The field also was dominated by a prejudiced view of African-Americans.” 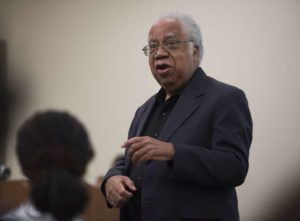