From Scientific American: In a day and age when people are increasingly becoming addicted to prescription drugs, and increasingly helped by the therapeutic effects of illicit drugs such as MDMA, the frequently arbitrary nature of our drug classification schemes is gradually being revealed.

“Forty years later, the U.S. is facing a very different problem—a nation addicted to prescription drugs. And to make things a bit more complex, some of these illicit ‘street drugs’ are now being hailed as potential breakthrough therapies for depression, post-traumatic stress disorder, and possibly even autism. With the FDA’s recent decision to designate MDMA (also known as ecstasy) as a breakthrough therapy for PTSD, the increasingly blurred lines between prescription and illicit drugs in the U.S. and their impact on health and society are becoming even more complex.” 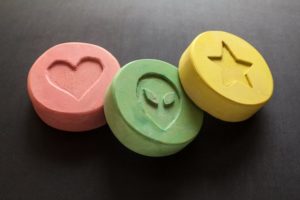