From Undark Magazine: In late 1970, a pharmacologist discovered that an antibiotic drug designed to cure a disease called SMON (subacute myelo-optic neuropathy) was actually causing the illness. This case exemplifies how medical treatment all too often makes matters worse.

“Few doctors know the story of SMON, and perhaps even fewer use the catchphrase ‘cure as cause.’ Yet the phenomenon is more relevant today than ever. A study published last year suggests that medical interventions, including problems with prescribed drugs and implanted medical devices — from cardiac stents to artificial hips and birth control devices — are now the third leading cause of death in the U.S.

Examples abound in virtually every specialty, from cardiology to psychiatry to cancer care. Jerome Hoffman, an emeritus professor of medicine at UCLA, says it isn’t surprising: Because drugs and medical devices target disordered body systems, it’s all too easy to overshoot and make the disorder worse.” 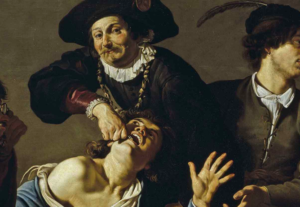