From The Epoch Times: Many advocacy groups claiming to combat the stigma of mental illness are actually front groups that represent the interests of pharmaceutical companies.

“The elevation of everyday symptoms to ‘mental illness’ and accusation that sufferers are victims who experience ‘stigma’ is the best thing that ever happened to Pharma. The charges have enabled it to aggregate and co-opt patients into lobbying groups that appear ‘grassroots’ for its high-priced, psychiatric drugs. While these groups say they fight the ‘stigma’ of mental illness, they actually spend their time fighting lawmakers and insurers, at the behest of Pharma, for payment of high-priced drugs. ‘When insurers balk at reimbursing patients for new prescription medications,’ says the Los Angeles Times, these groups ‘typically swing into action, rallying sufferers to appear before public and consumer panels [and] contact lawmakers.'” 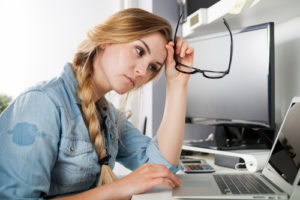