From The New Yorker: A number of studies show that much of the damage done by being poor comes not from the conditions of poverty itself, but from the psychological effects of inequality and low socioeconomic status in comparison to others.

“Payne is now a professor at the University of North Carolina, Chapel Hill. He has come to believe that what’s really damaging about being poor, at least in a country like the United States—where, as he notes, even most people living below the poverty line possess TVs, microwaves, and cell phones—is the subjective experience of feeling poor. This feeling is not limited to those in the bottom quintile; in a world where people measure themselves against their neighbors, it’s possible to earn good money and still feel deprived. ‘Unlike the rigid columns of numbers that make up a bank ledger, status is always a moving target, because it is defined by ongoing comparisons to others,’ Payne writes.” 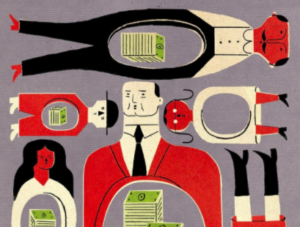