In this piece for Brain Pickings, Maria Popova discusses Friedrich Nietzsche’s writings and perspectives on the struggle of depression and the possibility of hope.

‘Gratitude pours forth continually, as if the unexpected had just happened — the gratitude of a convalescent — for convalescence was unexpected. “Gay Science”: that signifies the saturnalia of a spirit who has patiently resisted a terrible, long pressure — patiently, severely, coldly, without submitting, but also without hope — and who is now all at once attacked by hope, the hope for health, and the intoxication of convalescence. Is it any wonder that in the process much that is unreasonable and foolish comes to light, much playful tenderness that is lavished even on problems that have a prickly hide and are not made to be caressed and enticed? This whole book is nothing but a bit of merry-making after long privation and powerlessness, the rejoicing of strength that is returning, of a reawakened faith in a tomorrow and the day after tomorrow, of a sudden sense and anticipation of a future, of impending adventures, of seas that are open again, of goals that are permitted again, believed again.'” 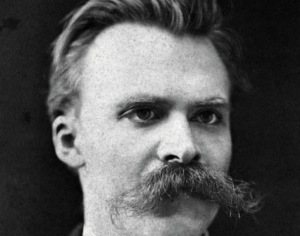