From The New York Times: The recent Florida school shooting has led to widespread conversations about links between gun violence and mental health issues. Journalists Linda Qiu and Justin Bank take a look at some of the facts and falsehoods pertaining to these conversations.

“…According to various polls, roughly half of Americans either believe that failing to identify people with mental health problems is the primary cause of gun violence or that addressing mental health issues would be a major deterrent.

That conclusion is not shared by experts or widely accepted research.

In an analysis of 235 mass killings, many of which were carried out with firearms, 22 percent of the perpetrators could be considered mentally ill.

Overall, mass shootings by people with serious mental illness represent 1 percent of all gun homicides each year, according to the book ‘Gun Violence and Mental Illness’ published by the American Psychiatric Association in 2016.” 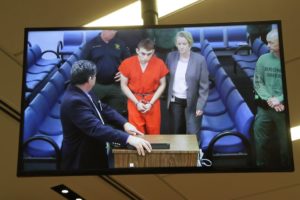 Kevin MacDonald and the Elevation of Anti-Semitic Pseudoscience