From BBC: In a recent study, patients diagnosed with schizophrenia were able to reduce the power of their hallucinations by playing a video game.

“All 12 patients in the study experienced nasty and threatening verbal hallucinations every day – a common symptom of schizophrenia.

To try to control their symptoms, they were asked to play a video game while in an MRI scanner, using their own mental strategies to move a computerised rocket – and in doing so they were able to turn down the volume on the external voices they heard as well.

Dr Natasza Orlov, from King’s College London, said: ‘The patients know when the voices are about to start – they can feel it, so we want them to immediately put this aid into effect to lessen them, or stop the voices completely.’

She said all the patients in the study, who each had four turns in the MRI scanner, found that their voices became less external and more internal, making them less stressful. They were also better able to cope with them.” 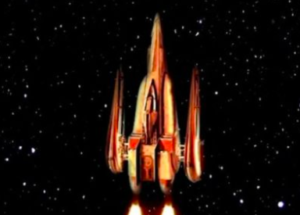