In this piece for La Otra Psiquiatría, Fernando Colina describes his vision for a compassionate, non-pathologizing mental health system. Below is the full translation of his piece:

I had a dream. I dreamed that psychiatrists already worked without needing to diagnose madness. They understood the mental suffering of men, especially the most intense and profound, without thinking about illnesses and without using any seemingly innocuous synonyms like symptoms, syndromes or disorders.

I dreamed that mental health professionals knew their patients through classifications that cataloged people and not diseases, as is usually done with friends, relatives, politicians or workers. And they did it because they aspired to understand them, not because the sufferers were carriers of mental illnesses that needed to be codified, re-baptized and tracked in the registers of pariahs and mad men. And I dreamed that they took that decisive step essential for good therapeutic practice, by recognizing, definitively, that the chains of madness were no longer the ropes of asylums, nor the restraints of hospitals, nor the secluding halls, but the tyrannical effects of technical discourses.

In my dream people were helped to overcome their suffering, which is what they need, without being forced to leave the office with a diagnosis in their hands. The professionals had finally understood that diagnosing sufferers was like sewing an inquisitorial “sanbenito” on their clothes, with which they had to walk, go to the doctor and present themselves in society. Everything happened at the time when the affected themselves demanded. Practitioners, by the way, seemed to enjoy their assignments, as if their profession felt legitimized and they themselves felt fulfilled.

I dreamed that, due to all these changes, soon nobody would believe that psychotics were sick beings, but that they would be considered, rather, as a set of singular individuals, as a group of subjects like so many others, but not like a group of patients.

I dreamed and woke up at the doors of a prologue. In the preamble of a great change, when all people coexist without separating, dividing and discriminating. Then, it will become almost impossible to differentiate madness and sanity. The psychiatrists will be friends of the madmen and will make peace among themselves. In this promised land, it is certain that there will be no more deprivation of liberty, involuntary treatments, electric shock, or psychoeducation. And it is likely that, when psychiatrists remember their past, they will feel ashamed of what happened. 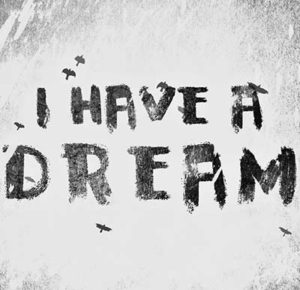