From The Lown Institute: New investigations and research are beginning to show the dangerous consequences resulting from the FDA’s lack of oversight of medical devices.

“It sounds crazy that a hip implant that poisoned thousands of patients by leaking toxic chemicals would continue to be sold for over a decade. But that’s exactly what happened with Johnson & Johnson’s metal-on-metal hip implants, Jeanne Lenzer, journalist and author of The Danger Within Us: America’s Untested, Unregulated Medical Device Industry, explains in a recent New York Times article. From 2000 to 2013, about 150,000 patients received these implants, not knowing that the implants had never been tested on humans in a clinical trial, or that the ions in the metal could leak into their body.

This is far from the only medical device that the FDA has approved with little to no evidence of effectiveness or safety. While ‘many people assume that the Food and Drug Administration requires rigorous testing of medical devices before they are approved,’ writes Lenzer, ‘In fact, most high-risk devices on the market have undergone no clinical testing at all.'” 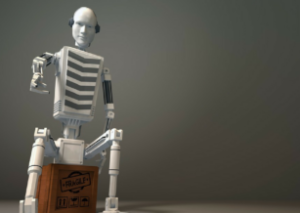