In this blog post for Bioethics.net, Dr. Brandy X. Lee, editor of The Dangerous Case of Donald Trump: 27 Psychiatrists and Mental Health Experts Assess a President, discusses the harsh pushback against the book led by Dr. Jeffrey Lieberman. Lee argues that the authors of the book do not break the Goldwater Rule and instead fulfill their obligation to warn the public about danger.

“Dr. Lieberman has likened our efforts to Nazi or Soviet misuse of psychiatry, but as Dr. Judith Herman and I discuss in our prologue, ‘Professions and Politics,’ we caution about the American Psychiatric Association’s (APA’s) recent expansion of the Goldwater rule as potentially leaning in that direction. In March 2017, barely two months into the current administration, the APA announced an interpretation that is inconsistent with the way the rule is written in the code and contradicts the principles of medical ethics. More importantly, it was a dramatic reversal from the way it had been interpreting the rule in the past (the latest interpretation of the rule had been restricted to giving a specific diagnosis of a public figure to the media, in the midst of discussions about turning the rule into an etiquette or abolishing it altogether). Under the current interpretation, it is by fiat a gag rule, whereby psychiatrists are forbidden from making any comment on any aspect of a public figure’s speech or behavior, even in an emergency.” 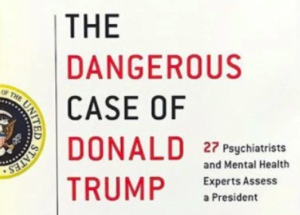 Why Some Experts and Patients Want to Rename Schizophrenia: Interview with Raquelle Mesholam-Gately and Matcheri Keshavan

Can Critiques of Psychiatry Help us Imagine a Post-Capitalist Future? An...

Updates to Current Understandings of Psychosis and Schizophrenia