From the Political Economy Research Centre: The Facebook/Cambridge Analytica revelations have exposed contemporary society’s ubiquitous digital surveillance. Dominance is no longer exerted primarily through physical power but through collecting data on our thoughts, feelings, behaviors, and everyday lives.

“Foundational liberal values and norms are consequently threatened by the marriage of the boundless ambition of the platform giants combined with their ability to transform data into products for prediction and manipulation. If the wealth and purpose of these firms is generated directly by their ability to alter and intervene in human behaviour at scale, then privacy, autonomy, and democratic sovereignty are imperilled. Attention, and the social, political and economic relationships it sustains, is corroded. We cannot help but use the digital infrastructure they command in modern society. But if doing so provides the means by which certain privileged actors can intervene, manipulate, and reshape society then self-determination, individually and collectively, is threatened. Of course, we still live in a society of privacy, self-determination and autonomy, it is just they are unequally divided. The great usurpers of data, who accumulate without end, are themselves opaque, the exemplification of the ‘black box society.’ This profound inequality undermines democratic integrity.

The dual quality of surveillance capitalism and its platform actors – that it at once expands our ability to connect and explore but also more deeply contracts freedom – is mirrored in neoliberalism at large. On the one hand, we are offered a world of consumer choice and seemingly boundless interactions. On the other, however, we are ensnared by debt that forecloses the future, autonomy and dignity is undercut by technologies that reshape work and culture, and inequality veers towards the oligarchic. And in communities, workplaces and households across the country, people lack meaningful control over their lives as neoliberalism has hollowed out institutions of collective control and excavated sites of democratic power in the economy.” 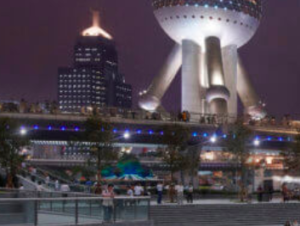