The American Academy of Family Physicians (AAFP) has released a toolkit that will help physicians identify and respond to key social determinants impacting their patients’ health. The AAFP hopes this toolkit will help address racial and ethnic health disparities.

“Every patient brings certain social determinants of health into the office with them at each visit. However, certain minority populations may bring a disproportionate burden of unspoken social challenges. It is essential that these SDOHs be recognized and appropriately addressed within the context of a patient’s comprehensive wellness plan.

Health disparities have been well documented — but unchanged — for too long. In 1985, HHS released a landmark report of the Task Force on Black and Minority Health, known as the Heckler Report,(www.cms.gov) which highlighted the health status of Asians/Pacific Islanders, blacks, Hispanics and Native Americans. (Then) HHS Secretary Margaret Heckler noted that the report ‘signaled a sad and significant fact; there was a continuous disparity in the burden of death and illness’ in our country’s minority populations.

The Heckler Report launched a national discussion about the root cause of health disparities among racial and ethnic minority populations in the United States. This resulted in the establishment of the HHS Office of Minority Health in 1986 and the eventual designation of April as National Minority Health Month.(minorityhealth.hhs.gov) That makes this month a prime opportunity to align with state and local health departments to increase awareness of the health disparities that impact racial and ethnic minority populations.” 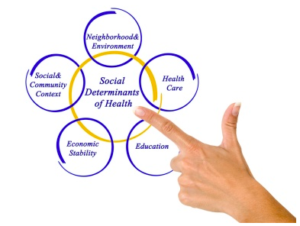