In this piece for the Centre for Medical Humanities, James Whitehead reflects on the 25th anniversary celebration of the publication of Louis Sass’s Madness and Modernism.

“A range of scholars from different disciplines (Åsa Jansson from the history of psychiatry, Joel Krueger from philosophy, Elizabeth Barry from literary studies, and Matt ffytche from psychosocial and psychoanalytic studies) gave a fascinating set of responses to Madness and Modernism, addressing such topics as the overlap between the symptomatology of schizophrenia and that recorded under now discarded historical psychiatric categories, especially melancholia; phenomenology, the physical world, and ‘unworlding’ in schizophrenia; Beckett, the subject, and ‘ipseity’; and the forms of social judgement involved in discussing ‘outsider writing’. The day ended with a wide-ranging and lucid conversation between Louis Sass himself and Patricia Waugh, Professor in English Studies at Durham. The papers and conversation were too interesting and intricate to attempt further (inevitably crude) summary, but those who missed the event may console themselves with the prospect of a recording of the last session becoming available at some point in the near future. Questions from the floor also brought in important topics such as stigma, the nature of psychiatric classification and diagnosis, and the contested coherence — or even use altogether — of terms such as schizophrenia and schizophrenic (Sass has a robust defence of this in the preface to the revised edition). I am an inveterate question asker in conference Q&A sessions, and had more than my turn earlier in the day, so can’t claim any lack of opportunity, but I was left with these thoughts. With so many questions in the air about schizophrenia, we didn’t quite get a chance to turn the arrow of interpretation, to use Sass’s phrase, back to modernism, the other half of the equation in Madness and Modernism. What I’d found so useful but also provocative about the book in 2006, apart from its wonderful range of reference both to primary materials and to the various contributions to the understanding of schizophrenia made by medical-model psychiatry, psychology, psychoanalysis, phenomenology, and other areas of philosophy, was its relatively non-critical (in the sense of non-judgemental) use of literary and cultural texts. In that now distant-seeming dissertation I began to take some faltering steps towards interrogating Sass’s ‘parallelism’ (his word), addressing a question that Madness and Modernism largely sidesteps: namely, not how literature might innocently illuminate madness, but how and why modernist authors might have been deliberately motivated to imitate, appropriate (more or less knowledgably or cynically), or otherwise draw parallels between their creative output and the experience of the mad; faltering because not remotely achievable in the space of an MA dissertation, of course! I am still working on this question today, in one form or another, having gone back to the nineteenth century and earlier to think about the cultural history and complicated politics of identifying or claiming links between the arts and psychopathology. There was — is — a lot more to say here.” 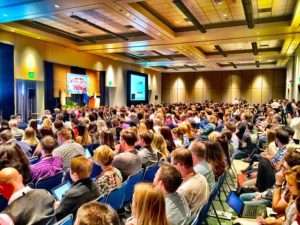 Evidenced Based Practices Are Often Required but Impractical in Financially Strained...