From The Independent: Over the past several years, mental health awareness has become a high priority. But in order to truly make a difference in people’s psychological well-being, we need to raise awareness of the root causes of distress.

“It is inconvenient to hear but psychological distress is political. It came as no surprise to us that studies have shown an association between the implementation of austerity policies and increasing mental health needs. Austerity after the recent recession hit the poorest hardest. Families with the lowest incomes got poorer and deprived areas saw the greatest funding cuts at the level of local government. Resources used to support community living and social support for isolated groups, such as the Sure Start centres for young families, were cut. Benefits reform has led to increased mistrust and shame that has contributed to split and beleaguered communities.

Thinking about mental health as something that starts and stops with the individual is never going to lead to a healthier and more connected society. We need to see the bigger picture, to consider how things like social disadvantage and inequality tug at the very fabric of what makes society functional. We need to draw on other approaches, like community psychology, public health and mental health impact assessments of policies. Policymakers are not blind to this. NHS England, for example, uses a formula that takes into account health inequalities when it assigns resources to local health authorities. But it needs to go much further than this. Tackling the social root causes needs to be at the core of all policy.” 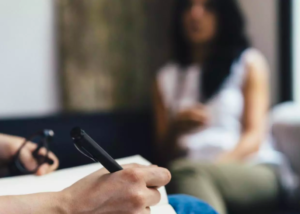