From UNDARK: “In our data, we found that witnessing violence in early adolescence predicted smaller volumes of both the hippocampus and amygdala in this group of teens.

We didn’t measure the absolute size of these structures — instead we tested the relationship between community violence and brain volume. In other words, if our participants told us at around age 13 that their neighborhoods were higher in crime and violence, the size of these critical brain structures looked smaller about four years later, compared to teens who reported less community violence. Interestingly, this link held up even after we controlled for the youth’s socioeconomic status (family income and education) and their present-day exposure to community violence.

We also found that, among youth exposed to more community violence, the right hippocampus showed stronger connections with other brain regions linked to emotion processing and stress, perhaps suggesting that these youth were more vigilant to potential threat. If you’re used to encountering dangerous situations, maybe you and your brain learn to stay alert to avoid the next potential threat that lurks around the corner.” 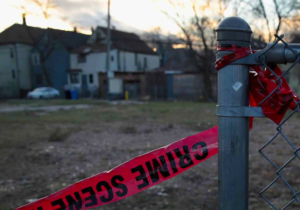