From Asylum: “Once we opt for a single story around mental health, whether that’s the story of illness, or the story of trauma, then we by definition exclude others. Arguing that all distress stems from trauma and adversity might not speak to those who experience their distress as spiritual renewal; those who see it as neurodiversity,  as part of who they are and how they are in the world; those who understand it as a psychosocial disability; and of course those who see madness as an illness, a sickness of the brain. Many of us will probably see themselves in some or all of these stories, a patchwork of identities. Some of us won’t make sense of our distress. That’s OK too. There are in fact as many stories as there are people. The single story, whether that of illness or that of trauma, doesn’t honour this multiplicity and this complexity.

However, my main concern is how we’re framing the debate around diagnosis in scientific terms. I deeply respect all of those who have put forward cogent and compelling arguments as to the scientific invalidity of diagnosis. But I’m worried that the logical consequence of this might be that we find ourselves only advancing alternative models to understanding distress and madness which are evidence based. But if we argue that we can only understand distress through a scientific model, albeit a more rigorous one than diagnosis, what does this mean for those who don’t make sense of their experiences in this way? What happens to those who find spiritual meaning in madness? How can we hear and hold the stories of those who have radically different beliefs to ours, which defy current scientific thinking? I worry that stories about aliens, conspiracies and persecution might get re-worded and reframed, just like they have been by psychiatry.” 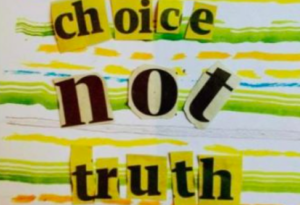