From Medium: “This is where evidence based medicine is supposed to shine, by demanding randomized trials to prove that certain procedures/drugs either work or don’t. Great, right? Well, not so much. The problem is when all of these trials are paid for by industry, then the evidence is severely biased. If the evidence base is biased, then evidence based medicine is completely worthless. It’s one thing to say that Harvard researchers proved that XYZ drug cures cancer. We might believe this. But, it’s another thing to say that XYZ drug maker proved that their drug cures cancer. In this case, almost none of us believe it. The solution, if you are XYZ drug maker? Simple. Pay Harvard researchers millions of $$$ to do a study, but bias it so severely that it is a virtual certainty that XYZ drug looks like it works. Then claim that it was the Harvard researcher who proved XYZ drug cures cancer.” 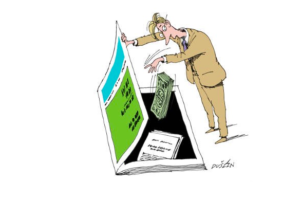