Despite being popular with the general public (if the spate of self-help books available on Amazon is any indication), the personality disorder sections of both the ICD and DSM have long been problematic, both conceptually and scientifically. The major scientific problem is that, although descriptively vivid, clinicians can’t reliably distinguish the personality disorder categories from one another in practice. Thus, the long taken-for-granted assumption that one’s supposedly disfigured personality can be distinguished as ‘borderline,’ ‘narcissistic,’ ‘dependent,’ ‘avoidant,’ or ‘schizoid’ is scientifically suspect. Rather than relying on these long-maintained but scientifically problematic categories, researchers have argued that assessing personality disorders should be done by mapping people along various personality dimensions. The DSM-5 took tentative steps in this direction, but its proposed hybrid trait model was an odd compromise that retained some traditional personality disorder categories while also incorporating dimensional assessment measures of personality. The resulting DSM-5 proposal was deemed by some to be overly complicated. It was ultimately not officially adopted, but instead relegated to a section of the DSM-5 containing proposals needing further study. The ICD-11, by comparison, has gone all-in on a totally overhauled personality disorders section. The old categories (borderline, antisocial, dependent, avoidant, etc.) have been completely jettisoned. In their place is one diagnosis–‘personality disorder’–which is diagnosed as mild, moderate, or severe after assessing personality along six trait domains. This is a radical departure.” 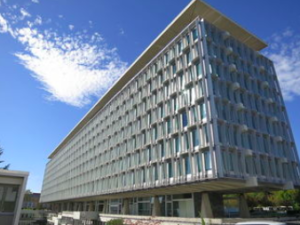