From Psychiatric Times: “After the first episode, when Giulia was healthy and balanced and stable in between, she was really mad at me, and I couldn’t understand why. I was like, I just basically gave up my life for almost a year to take care of you, and you’re mad at me? How does that work? It was because she felt like her voice was not listened to during that care. If her doctor said something, and Giulia said something I was going to instinctively listen to her doctor. I would write off Giulia’s perspective as well she’s sick, right? She doesn’t get it, the weight gain is worth it because the medicine are helping stabilize the psychosis, so you’ll be fine Giulia, don’t worry about it.

Instead, I had to really see and experience her resentment about how I had treated her to snap out of it and realize, I’m not helping by treating her like a child. I’m not supporting her by parenting her. I actually need to let her have a voice in this whole thing. It’s hard to let someone have a voice when they think if you come near me you might get infected by the same devil that has infected me.

This was really what that magazine article I wrote was really about, was that we needed to basically work in between the crisis to plan for the crisis. If we faced a crisis, I would be able to advocate for Giulia’s point of view because she had already shared it with me. As compared to not talking about the crisis, getting into it, and then I just have to act on instinct and hope that I’m acting in Giulia’s best interest, but not actually know that for certain.” 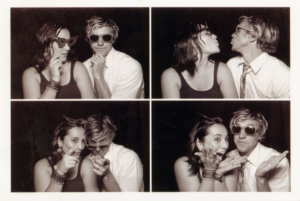