Dan Markingson was a 26-year-old mentally ill young man who violently killed himself while enrolled in a drug-sponsored study (known as the CAFÉ study) at the University of Minnesota’s Department of Psychiatry in 2004. The CAFÉ study was a yearlong double-blind study aimed at comparing three atypical or second-generation antipsychotics among persons experiencing psychosis for the first time.

Again, when Markingson was being discharged from the hospital to a residential facility, he signed or was made to sign a document stating that if he failed to keep up with his CAFÉ study appointments or failed to take his study medications, he would be returned to involuntary confinement. The Markingson case was the subject of a civil lawsuit and several regulatory reviews.1 2 3 4 5

In this article, I will argue that the researcher failed to protect Dan Markingson and that this compromised the study’s integrity. The researcher failed to balance the need for scientific knowledge of the three antipsychotic medications that were being studied — Zyprexa (olanzapine), Risperdal (risperidone) and Seroquel (quetiapine) — against the moral duty to protect research subjects like Markingson.6 I will also address how Markingson should have been protected as a way to ensure the integrity of the CAFÉ study.

In recent times, research with persons diagnosed as mentally ill has increased to provide better therapeutic options and understanding of current trends in treatment.7 Clinical research with human subjects is key to progress in understanding and improving overall human health.8 On the other hand, mental health research is very often beset with a number of ethical issues relating to informed consent, conflict of interest, therapeutic misconception, exploitation and many more. There have been higher rates of retraction of published psychiatric papers in recent years mainly as a result of some of these ethical breaches and research misconduct.

The World Health Organization estimates that close to 10% of the world’s population is suffering from various forms of mental illnesses and about 25% of persons experience some psychiatric illness during their lifetime.9 This suggests there is a need for research with these populations. However, like Shalala (2000) argues, “if new medicines and new approaches to curing diseases are continuously being tested, we cannot compromise the trust and willingness of patients to participate in clinical trials. Any deterioration in the protective foundation causes direct harm to human research subjects and indirect harm to the reputations of the investigators, their academic institutions, and the entire research community.”10 There is therefore a need to increase and maintain the overall integrity — the quality and the morality — of any research work.

Active adherence to the ethical principles and professional standards essential for the responsible practice of research were missing in the CAFÉ study,11 and commitment on the part of institutions to promote and foster climates supportive of ethical behaviour12 was also somewhat indeterminate. I argue that; i. the informed consent was inconsistent with the principle of respect for a person’s autonomy, ii. the Institutional Review Board (IRB) approved the CAFÉ study even though the study had inadequate safeguards, and iii. the IRB failed to monitor the ongoing study to ensure that ethical issues such as conflict of interest did not compromise Markingson’s safety or Markingson’s best interest. However, in this article I will only focus on how the researcher failed.

Respecting the autonomy of research subjects requires that subjects, to the degree that they are capable, be given the opportunity to choose what shall or shall not happen to them.15  Additionally, informed consent is a decision to participate in research, taken by a competent individual who has received the necessary information; who has adequately understood information about the research; and who, after considering the information, has arrived at a decision without having been subjected to coercion, undue influence or inducement, or any form of intimidation.16

My point is that, given Dan Markingson’s limited decisional capacity at the time of enrollment (the time between involuntary commitment order and study enrollment), he could not have given informed consent. This is because Dan Markingson was admitted to the Fairview hospital through an involuntary commitment court order because he was deemed to lack the capacity to make an informed decision regarding his treatment. It was at the time of involuntary commitment that he was also enrolled in the CAFÉ study. If Markingson lacked the competence to make treatment decisions, then apparently he lacked the competence to make an informed decision on research participation or study enrollment. Even if the researcher fully disclosed information or fully disclosed what the research was about, Markingson lacked the competence/capacity to give informed consent at the time of enrollment.

In addition to this, Markingson’s participation was not voluntary. Informed consent is based on the principle that competent individuals are entitled to choose freely or voluntarily whether to participate in research or not. The key elements of informed consent are full disclosure of information, competence, understanding, and voluntariness. All these key elements must be present for informed consent to be effective and consistent with the principle of respect for autonomy.17 Beliefs and informed choices shift with time (Beauchamp & Childress, 201318); choices should therefore not be binding.

The Tri-Council Policy Statement19 states that, to maintain the element of voluntariness of informed consent, a subject shall be free to withdraw their consent to participate in research at any time, without having to offer any reason for withdrawing or having to suffer any consequence thereafter. The fact that Markingson signed a document threatening that he would be returned to involuntary confinement if he failed to attend his study appointments or failed to take his study drugs invalidated the voluntariness of informed consent, and was inconsistent with the principle of respect for autonomy. Although autonomy is a necessary condition for participation in research, in some instances enrolling people who lack the capacity to make their own decisions can be justified as ethical. For prospective subjects like Markingson, additional measures are needed to protect their interests and to ensure that their wishes are respected. Persons with diminished autonomy like Markingson are entitled to special protections, such as the requirement that the researcher obtains surrogate consent from a close relative of the participant.20

There was the need for a competent authorized third party or a substitute decision maker (SDM) to provide consent for Markingson’s participation or enrollment, and then Markingson would have also needed to voluntarily give an assent. This has been the National Institute of Mental Health (NIMH) requirement in recent years, that is, mentally ill subjects also give an assent alongside consent by an SDM. Markingson could only have consented if he regained his capacity or competence while the study was ongoing. This is the way the researcher ought to have handled the study to ensure its integrity. Highly vulnerable individuals like Markingson should not be taken advantage of in the name of scientific research, and inability to protect such vulnerable subjects compromises the integrity of research.21

Clinical practice guidelines may be based on compromised research. That is why there is a need to ensure the integrity of any research study. If a subject’s safety is compromised, then the whole study is compromised — subject safety cannot be compromised in the name of gathering scientific evidence. If the research enterprise is serious about ensuring the integrity of any study, then they need to pay much more attention to subject safety and protection while participating in a trial, especially vulnerable subjects.

The Markingson case is one of many scandals in the research enterprise that has gained public attention. As research is moving toward pharma-industry or private sponsorship, there is a need for Institutional Review Boards to be extra vigilant and do more with regard to subject safety. Researchers should also not take for granted the trust and willingness of these subjects to participate in clinical trials. Already, research scandals like Tuskegee have left behind a legacy of distrust. It is up to researchers and IRBs to restore and maintain the integrity of the research enterprise. If researchers keep repeating these scandals, they may not have human subjects to recruit in the near future. Maybe this is the time for IRBs to step up and ensure the morality of research involving human subjects. 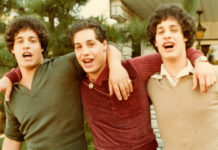 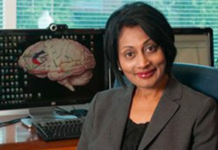 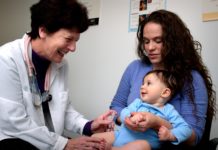