From Aeon: “Temperance was one of the four virtues identified by Plato’s Republic as essential to an ideal state – a framework that was later adapted by Catholicism and Thomas Aquinas. Meanwhile, one of the five articles of faith of the Sikh religion is the kacchera – a drawstring undergarment meant to guard its wearer against lust. Indeed, almost every major religious or philosophical tradition heavily emphasises the value of self-restraint as a pathway to a virtuous and satisfying life. It makes sense that impulse-control has been held in such high regard historically: the ability to curb destructive urges and prudently delay gratification makes life easier in the long run. So what does modern brain science tell us about the best ways to approach willpower? This Aeon Video original mines the work of the US neuroscientist David Eagleman and the US psychologist Walter Mischel (known for his controversial ‘marshmallow test’) to explore what modern psychology and brain science say about the best strategies for resisting those feel-good things – big and small – that we know are bad for us.” 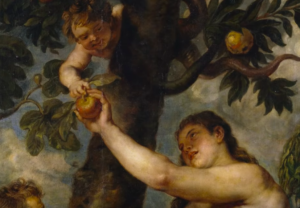