From ABC News: “Among those using multiple medications, one in 12 was at risk for a major drug interaction, and the vast majority of these potential interactions involved antidepressants. Adolescent girls were at a higher risk of interacting drug regimens compared to other groups, largely because of their higher rate of medication use.

The authors note that their findings should bring particular attention to medication safety. Despite the implementation of national programs focusing on medication safety, side effects related to medications remain a leading cause of injuries and death among children and adolescents in the United States. According to the Centers for Disease Control and Prevention, approximately 200,000 children and teens visit emergency departments each year because of side effects related to medications.” 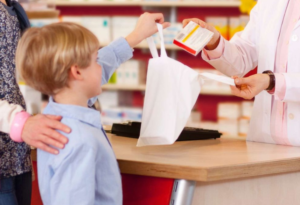