From The Conversation: “Suicide is already among the leading causes of death worldwide. For people aged 15-55 years, it is among the top five causes of death. Worldwide nearly one million people die by suicide each year — more than all deaths from war and murder combined.

Using historical temperature records from the United States and Mexico, the researchers showed that suicide rates increased by 0.7 per cent in the U.S. and by 2.1 per cent in Mexico when the average monthly temperatures rose by 1 C.

The researchers calculated that if global temperatures continue to rise at these rates, between now and 2050 there could be 9,000 to 40,000 additional suicides in the U.S. and Mexico alone. This is roughly equivalent to the number of additional suicides that follow an economic recession.” 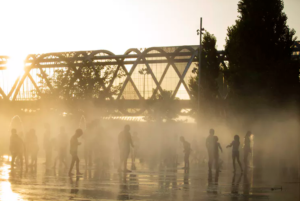