From WIRED: “Ben Draper, who runs the Macomber Center for Self Directed Learning, says that while the center is designed for all types of children, kids whose parents identify them as on the autism spectrum often thrive at the center when they’ve had difficulty in conventional schools. Ben is part of the so-called unschooling movement, which believes that not only should learning be self-directed, in fact we shouldn’t even focus on guiding learning. Children will learn in the process of pursuing their passions, the reasoning goes, and so we just need to get out of their way, providing support as needed.

Many, of course, argue that such an approach is much too unstructured and verges on irresponsibility. In retrospect, though, I feel I certainly would have thrived on ‘unschooling.’ In a recent paper, Ben and my colleague Andre Uhl, who first introduced me to unschooling, argue that it not only works for everyone, but that the current educational system, in addition to providing poor learning outcomes, impinges on the rights of children as individuals.” 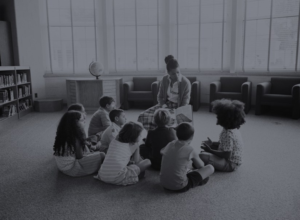