From The Conversation: “Fanon ultimately viewed institutionalised care as a mode of disciplinary power in the regulation of people. He saw it as a proxy mechanism of control directed at those who displayed an inability to manage the double-bind nature of oppressive colonial contexts.

Of course, on the matter of violence, Fanon’s experiences with patients who had been subjected to state repression, brutality and torture revealed the limitations of psychology and psychiatry in addressing problems in the social structure of society.

It also prompted a consideration of revolutionary violence as a way of ‘disintoxifying’ the colonised minds of the oppressed. But his ideas on violence have probably been most misinterpreted, often conspicuously by those who have characterised him as an apostle of violence.

That is a feature that is perhaps all too common today. It requires a much more fine grained analysis, as we attempt to understand and address the scourge of violence that pervades all spheres of contemporary living.” 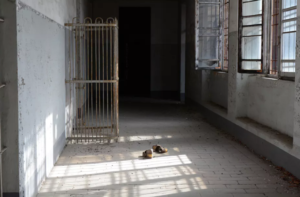