From The Tyee: “Most of us associate ECT with the torture endured by Randle McMurphy in One Flew Over The Cuckoo’s Nest, and think it’s gone the way of the dodo. Yet ECT didn’t go extinct and its popularity has increased over the past decade, as a treatment for mood disorders like clinical depression and bipolar disorder, and even seniors with dementia and Alzheimer’s, and children with autism as young as eight. In British Columbia, forced psychiatric detainment has doubled over the past decade, and ECT rates have spiked 36 per cent since 2011. This controversial treatment can even be forced upon non-consenting citizens, according to the BC Mental Health Act, a policy currently being challenged in the BC Supreme Court by the Council of Canadians with Disabilities, which initially filed the suit with two plaintiffs, including a 66-year-old former nurse who was involuntarily detained and forced to undergo ECT hundreds of times.

According to B.C. government billing records, in the past decade approximately 10,000 ECT treatments were done yearly at B.C.’s hospitals and affiliated outpatient clinics, though the number of procedures has increased from 9,596 in 2011/2012 to 13,093 in 2016/2017. B.C.’s ECT numbers are higher than in Quebec (with 11,045 procedures last year in a province with twice as many citizens), more than three times more than Scotland (3,799 in 2016) and only four thousand shy of the 17,006 procedures done in Texas in 2016 — in a population of almost 28 million people. Fourteen of those Texas citizens given ECT were treated involuntarily, compared to 280 in B.C.” 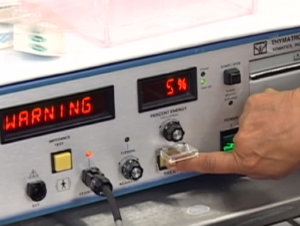