The court upheld an appeal brought by Victoria Legal Aid against two decisions in the Victorian Civil and Administrative Tribunal (Vcat) and the Mental Health Tribunal that two patients who had been diagnosed with schizophrenia be subject to a course of ECT against their will.

Legal Aid’s acting program manager, Hamish McLachlan, said the appeal decision did not mean an end to compulsory ECT, but people subject to involuntary treatment orders would now have greater control over their care.

‘What the supreme court has said is that mental health patients need to be treated on an equal basis with all other members of the community,’ he said.

Both patients were held under a compulsory treatment order, authorised by the Victorian Mental Health Act, which states that treatment can only be imposed upon a person without their consent if they are incapable of giving consent and if there is no less restrictive way for that person to be treated. At all times treatment must be compatible with the person’s human rights.

In a 110-page judgment handed down in the supreme court in Melbourne on Thursday, Justice Kevin Bell said Vcat had misinterpreted the relevant provisions of the legislation and had failed to respect the two patients’ human rights.

He said the 2014 legislation was ‘a paradigm shift away from best-interests paternalism towards recognition of persons having mental illness as equal rights-bearers, not dependent welfare cases.’

Bell said the standard applied by the tribunal to determine whether the patients were capable of giving informed consent was higher than would be expected of a person who was not subject to an involuntary mental health treatment order, and was therefore discriminatory.” 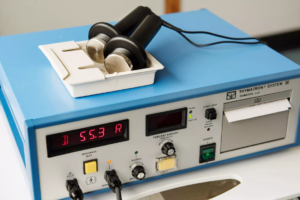