From Scientific American: “There are an estimated 80,000 people, mostly men, in solitary confinement in U.S. prisons. They are confined to windowless cells roughly the size of a king bed for 23 hours a day, with virtually no human contact except for brief interactions with prison guards. According to scientists speaking at the conference session, this type of social isolation and sensory deprivation can have traumatic effects on the brain, many of which may be irreversible. Neuroscientists, lawyers and activists such as King have teamed up with the goal of abolishing solitary confinement as cruel and unusual punishment. […]

Even in less extreme cases than that of the Angola Three, prolonged social isolation—feeling lonely, not just being alone—can exact severe physical, emotional and cognitive consequences. It is associated with a 26 percent increased risk of premature death, largely stemming from an out of control stress response that results in higher cortisol levels, increased blood pressure and inflammation. Feeling socially isolated also increases the risk of suicide. ‘We see solitary confinement as nothing less than a death penalty by social deprivation,’ said Stephanie Cacioppo, an assistant professor of psychiatry and behavioral neuroscience at the University of Chicago, who was on the panel with King.

For good or bad, the brain is shaped by its environment—and the social isolation and sensory deprivation King experienced likely changed his. Chronic stress damages the hippocampus, a brain area important for memory, spatial orientation and emotion regulation. As a result, socially isolated people experience memory loss, cognitive decline and depression. […] When sensory deprivation and an absence of natural light are thrown into the mix, people can experience psychosis and disruptions in the genes that control the body’s natural circadian rhythms. ‘Social deprivation is bad for brain structure and function. Sensory deprivation is bad for brain structure and function. Circadian dysregulation is bad,’ said Huda Akil, a professor of neuroscience at the University of Michigan who was also on the panel. ‘Loneliness in itself is extremely damaging.’ […]

King said he survived the ordeal because he recognized that his case was ‘politicized,’ and bigger than himself. […] According to Cacioppo, King’s connection to a larger group and larger purpose likely gave him the resilience to survive the ordeal. ‘Collective identity is protective against individual loneliness,’ she noted.” 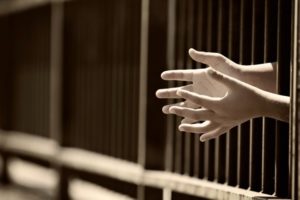