The American Academy of Pediatrics said it will submit an updated policy statement during its annual conference in Orlando that finds spanking is ineffective for disciplining children and notes new studies claiming spanking can impact brain development.

‘The good news is fewer parents support the use of spanking than they did in the past,’ said Dr. Robert D. Sege, an author on the revised policy and past member of the group’s Committee on Child Abuse and Neglect, in a statement.

‘Yet corporal punishment remains legal in many states, despite evidence that it harms kids — not only physically and mentally, but in how they perform at school and how they interact with other children.'” 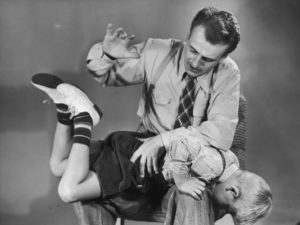